I do not often use Apples PackageMaker; Part of Apples Developer Auxiliary tools 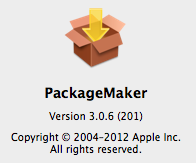 When I do dabble  I always forget a couple of simple things that stops me in my tracks and have me spending a whole lot of  wasted time trying to figure out whats going on.

I am writing this post in the hope it will burn at least two of the things I forget firmly into my BRAIN.

When I run my installer that will install some of my application and other files it works first time. Great.

But after that I get odd behaviour of only some of them being installed or none at all .!!.

After a couple of hours of being thick.

I finally notice in the Components pane. The Allow Relocation check box is checked.

And it dawns on me yet again that I have forgotten; if this is checked then the default for the install is to look pretty much everywhere for any copies of the Application/s being installed and upgrade that one. In effect ignore the Destination directory you have specified in the Configuration pane. A-NNOY-ING. 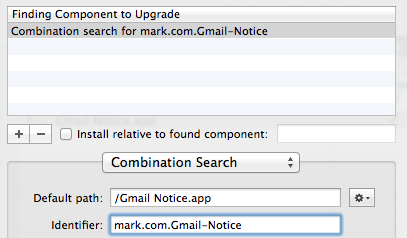 All I want to do is run preflights or postflights scripts to delete the previous installed items.

So I follow the muscle memory of trying to figure out how to include a scripts folder and the scripts it holds by linking the directory with my script to the  Script Directory path option in the Scripts Pane. And the path to a Script in the   Preinstall or Postinstall paths. FRU-IT-LESS.

After so many errors and nearly giving up.

I finally realise/remember that all I have to do is ignore the  Script Directory.

And just fill in the path directly to the script in either the Preinstall or Postinstall paths.

And more importantly use Absolute paths to the original files. The scripts will be copied to the package and run as expected.

End of note to self.