This is a simple idea of how to control your Mac from your iPhone or iPad or another Mac any where just use Dropbox and Hazel .

Hazel watches whatever folders you tell it to, automatically organizing your files according to the rules you create. It features a rule interface similar to that of Apple Mail so you should feel right at home. Have Hazel move files around based on name, date, type, what site/email address it came from (Safari and Mail only) and much more. Automatically put your music in your Music folder, movies in Movies. Keep your downloads off the desktop and put them where they are supposed to be

Here is a simple example

The steps on your Mac.

Create a folder in dropbox :

2, Inside the ” Automate ” folder:  Create another folder named ” commands “ 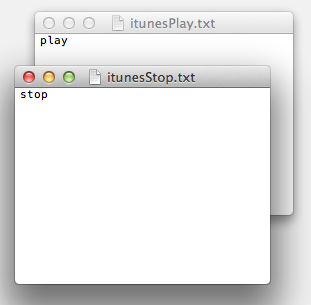 THE STEPS in hazel. 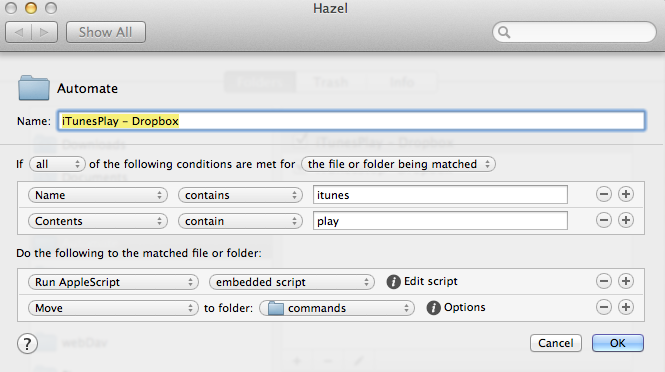 6, Move to folder = “commands”  with replace

Now all you have to do on your iDevice:

Hazel will detect this and run the appropriate Rule. (iTunes will start playing and the ” iTunesPlay ” file will be moved back into the ” commands ” folder for next time.